We bring about change that protects our clients’ interests.

Charlie has served over 28 years as a Director of Legal Services for the Elderly, Inc., currently serving a second stint as Chair, was appointed by Governors Baldacci and LePage to the Maine Children’s Trust where he serves as Chair, was previously a Director of the Center for Educational Services, and past Chair and current member of the Legislative Task Force of the Justice Action Group, a group of private attorneys and members of the Judicial and Legislative branches dedicated to increasing access to justice for all Mainers. In January 2013, he was awarded the Maine Bar Foundation’s prestigious honor, the Howard H. Dana, Jr. Award, which recognizes an individual's outstanding contributions to the development and implementation of private bar projects which enhance civil legal assistance to the indigent, and for outstanding service in the advancement of the Maine Bar Foundation's goals. He is also an active member of the Maine Fire Protection Services Commission, having been appointed by Governors Baldacci and LePage to represent the insurance industry on the Commission and was appointed by Governor John R. McKernan, Jr. in 1991 to the Commission to Study the Maine Workers’ Compensation Commission.

Charlie is active in community affairs as well. He was a long-term member of the Winthrop Facilities Committee that stewarded the building of Winthrop’s high school, and renovation and building projects at Winthrop’s middle and elementary schools. He was an active participant in the youth sport and scouting activities in town as well as other community projects over the years. He and his wife currently enjoy the continued challenges of parenting two active adults. 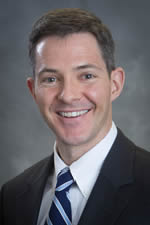 James joined the U.S. Army upon graduation from law school and practiced law as a Judge Advocate in the JAG Corps for nearly six years. He was stationed at Fort Sill, OK and Washington, DC. In 2011, he deployed to Afghanistan as a legal advisor with a joint special operations task force. He is a recipient of both the Bronze Star Medal and the Meritorious Service Medal.

After leaving active duty, James joined the Maine Army National Guard where he currently holds the rank of Lieutenant Colonel.

James engages in an active government relations practice, working with state and local decision makers to create solutions on his clients’ behalf. He has a broad array of Legislative and Executive branch lobbying experience as well as representing clients before Maine’s administrative agencies. He advocates for Fortune 100 companies, national and state trade associations, and private businesses located in Maine and across the country. James has a common sense and pragmatic approach to problem-solving and is effective at building coalitions and stakeholder groups.

Active in the community, James serves on the boards of the Kennebec Valley YMCA, the Augusta Board of Zoning Appeals and the Augusta Parking District. He is also a member of the Capitol Planning Commission.

James is married and his wife, Ami, is a social worker in the Augusta area. They have two infant sons and look back fondly on those times when they both slept through the night.